My Gramma is one of the most amazing women I have ever known. The women in our family are a group of loud, passionate, poop-talking, sometimes out right rude ladies, and I love them all. I once asked my Gramma why she uses the “S” word so much and she said, “oh shit? It’s my favourite word.” 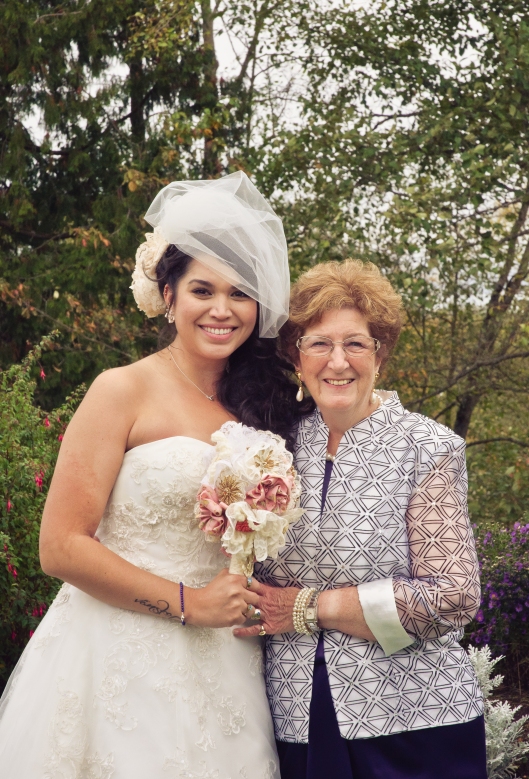 Back when I had my cooking date with Gramma in December she told me to keep all of the trimmings from the veggies we were cooking with. Everything she said. Absolutely everything. Carrot peels, onion skins, garlic stems, potato skins, celery bottoms, tomato tops…you get the point. We filled up a produce bag full of scraps that normally I would throw right into the garbage and threw it in the freezer. She said this way when I want to make, chicken, beef, fish or even turkey stock I’ll already have the flavor base ready to go. No need to go to the grocery store, no need to waste precious veggie flavor and nutrients. She also said any time you cook meat on the bone to save the bones and freeze them too. You can roast them and get some nice browning flavor before throwing them into the pot with the veggies. Oh Gramma, you’re so smart.

A delicious habit Evan and I have gotten into is freezing the left over juices from roasting meats. The run off has so much flavor and we use them to add that slow cooked flavor to soups and stews. We have also frozen left over roasted veggies to add to our stock base. It all paid off when I made a giant turkey and saved all the bones, meat, run off juices and roasting veggies. The bones, roasting veggies and my bag of frozen veggie trimmings went into a pot filled with water and simmered for about 4 hours. The strained stock along with the turkey meat and some fresh veggies became one of the most delicious turkey soups I’ve ever made. Evan said it tasted like Gramma made it which is the ultimate compliment. 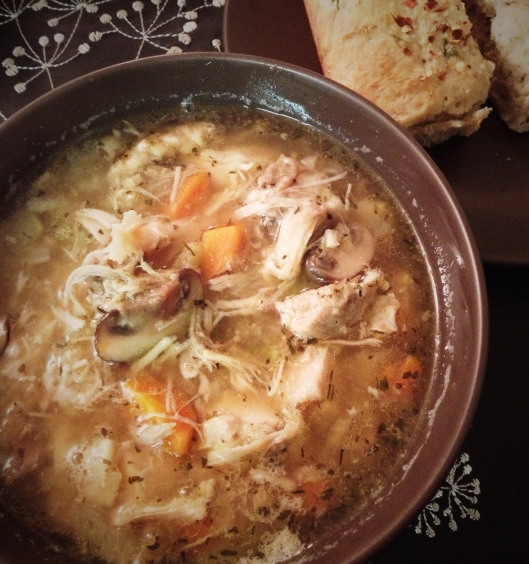 What did I do with the new veggie trimmings from the soup? Well I froze them of course. It’s kind of a gift that keeps on giving. One meal can help make another meal. And another, and another and another.

Evan has a sleeve tattoo with some pretty naked angels on it and he told Gramma that one of them was her. She replied with, “no, that’s not me!” Evan then said, “yes it is! Look!” and my witty and lovely Gramma said, “nah, tits aren’t big enough.” Oh Gramma, how we all love you.

One of my favourite things to do is to piss of my mama and Gramma by getting tattooed. They can ask me all they want “when is the madness going to stop?!” but to me it’s not madness, it’s art. It tells a story of who I am and where I’ve been. And as long as there is prime real estate available on me, it’s fair game. Lots of people tell me that one day I’ll regret them but I’m not too sure if I agree with them. Sure it may happen that I’ll regret them but I’ll never forget the story that they tell. And when I get to that age where apparently you regret anything you did when you were “young and stupid” everyone around me will be tattied up anyway so who’s to judge? And when is that age anyway? This time around I thought it was a good time to pay respect to my lovely Gramma and to my favourite fruit. I added pineapple sage (I’ve been growing it with my Gramma since I  was a teenager), my Gramma’s handwritting, and a mango with Mango kitty’s nose freckles on it.

The last time we had a tattoo party there were four of us who got inked. Our artists amazing wife made us homemade sliders, cheesecake bites and veggie dips. They were awesome. This time around I was the only one getting tattooed but one of my girlfriends tagged along and there was a house full of people so I didn’t want to show up empty handed. I came up with a blueberry and walnut muffin topped with oats to bring for the show.

Pre-heat your oven to 375 degrees F. In a large bowl combine the flours, baking powder, and salt. In another bowl cream the butter with the sugar. Add the almond extract and the eggs one at a time. Add the egg mixture to the dry ingredients and mix just until it’s moistened. Add the blueberries and walnuts and fold into the mixture. Line a muffin pan with cupcake liners. Divide the batter into the muffin pan and top each one with a little bit of oats and a walnut. Bake for 25-30 minutes. Test the inside with a toothpick, if it comes out clean then it’s done. 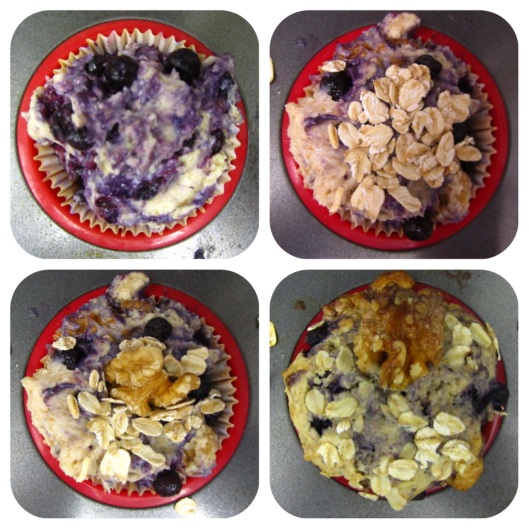 From batter to muffin. Yum!

I came with 10 and when I left there was only 2 remaining, I have to admit as well, they were pretty tasty. I’m totally in love with my new addition, it is a perfect picture for where my life story is at right now.

Welcome to The Mango Kid blog!

What are you looking for?